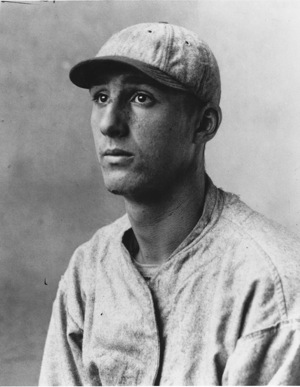 The Life and Times of Hank Greenberg

In the 1930s Jewish Mothers would ask their sons: “What kind of day did Hank have?” Hank Greenberg, the Detroit Tigers Slugger who came close to breaking Babe Ruth’s home run record, was baseball’s first Jewish star. Tall (6’4″), handsome, and uncommonly good-natured, Greenberg was a secular Jew from the Bronx who became “the baseball Moses,” an icon for everyone from Walter Matthau (“I joined the Beverly Hills Tennis club to eat lunch with him. I don’t play tennis”) to Alan Dershowitz (“I thought he’d become the first Jewish president”). Aviva Kempner’s loving tribute is chock full of wonderful archival footage from the ’30s and ’40s and interviews with a self-effacing Greenberg and many of his tiger teammates. Plus Many Patinkin’s rendition of “Take Me Out to the Ball Game” — in Yiddish!

This annual award recognizes and pays tribute to courage, creativity and insight in presenting the diversity of the Jewish experience through the moving image. We are honored to name as the 2011 WJFF Visionary Award recipient “our own” Aviva Kempner. In conjunction with the award, the WJFF is presenting a retrospective of several of Kempner’s films.

National Board Review of Motion Pictures

by the National Society of Film Critics